The Tomintoul Distillery is located in the picturesque subregion of Speyside-Glenlivet. It owes its name to a small nearby town which just happens to be the highest village in the Highlands. It took more than a year to find the perfect spot for the Tomintoul Distillery. The team eventually decided on a site near the closest source of water, which was to be used for the distillery's production. Once they discovered the crystal clear waters of the Ballantruan spring, they knew they had found their location! 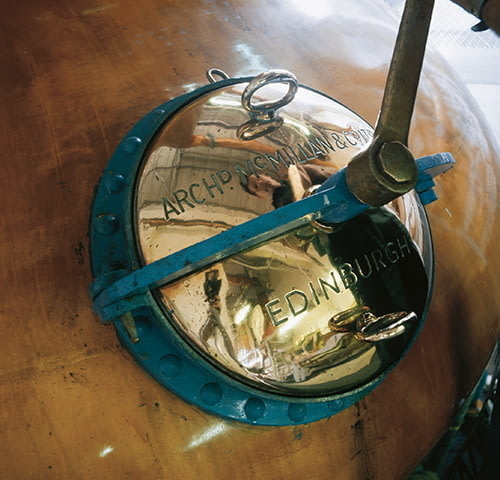 Construction at the Tomintoul Distillery began in 1964 in a pristine natural setting. The environment is enhanced by a number of breathtaking elements, exhibiting a remarkable purity that has a direct impact on the whiskies produced by the distillery. Robert Fleming, the manager of the distillery, is a fourth-generation master distiller. After earning his stripes at various distilleries since 1974, he has now made his way to the top of his profession. In charge of the entire production line, Robert ensures Tomintoul  whiskies are of the highest possible quality. He enjoys the support of a tight-knit team who share his strong convictions.

Discover the distillery's other brands

I declare to be of age Leave